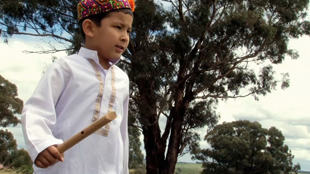 Many young people from refugee backgrounds struggle to develop positive cultural identities in the settlement context. Can connecting them to their peers and communities overseas assist in this challenge?

The premise of the Home Lands project was that ongoing communication with ‘home’ and the diaspora could provide important sources of support and positive identification for young people from refugee backgrounds. To explore this premise, young people from refugee backgrounds in Melbourne were supported in the production of audiovisual materials for exchange over the Internet with their friends, families and communities overseas in camp and settlement contexts. Participants were from two groups of young people from refugee backgrounds (Karen and Hazara). Both groups worked collaboratively in the production of digital media short films; Karen youth in Melbourne connecting with displaced youth in Thailand and Hazara youth in Melbourne collaborating with peers in Pakistan and Afghanistan. Participants shared their appropriation of the city as a place of their own, extending their feeling of belonging beyond suburbs in which they reside, to the metropolis of Melbourne, to their ties to other homelands and family abroad.

The project resulted in a number of significant findings: how youth create and navigate their present and future as belonging not only to one nation, but to a rapidly changing and interconnected world; and the importance of transnational relationships for refugee youth settlement, with Information Communication Technology (ICT) and digital communication playing a central role in maintaining these relationships. The project has been one of the first to identify key roles that ICTs play in assisting those who have experienced forced migration more broadly and has resulted in important social and cultural contributions. It is particularly relevant in helping a rethink of what a multicultural Australia might look and feel like and what developing a sense of belonging in Australia means to young people from refugee backgrounds.

Young participants created a number of artistic products and presented those to a range of audiences.  This included the production of two DVDs- Karen Voices: Collected Works 2010-2011 and Bamiyarra: Collected Works 2012-2013, which contain songs, short films and photographic stories produced and exhibited by the young people in the project. The products are accessible both as hard copy, and through internet links to the project website, Swinburne Library, Policy Online. The photography exhibition by the Hazara participants travelled beyond Melbourne to Sydney and the outer suburbs of Melbourne.

A symposium was hosted by partners in 2011 to share information about the project: Constructing home and identity with young people from refugee backgrounds through media and technology. Presented by the Cultural Development Network and the City of Melbourne, supported by Latrobe University Refugee Research Centre, the Centre for Multicultural Youth and APC.AU. Papers and presentations are available here.

The projected also resulted in a range of scholarly outcomes: 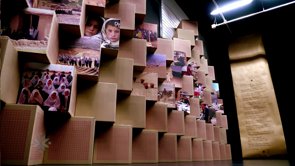 The HomeLands project was funded by an Australia Research Council Linkage Grant, led by the Refugee Research Centre- La Trobe University and supported by the City of Melbourne (Arts Participation Program), the Cultural Development Network, the Centre for Multicultural Youth and APC.au.