CDN is managed by a Board of volunteers whose expertise includes arts practice, academia, local and state government, the non-profit sector and arts organisations. 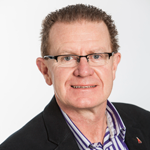 Paul is Executive Director Community and Corporate with Snowy Valleys Council. He was formerly Director Development with East Gippsland Shire Council where his role encompassed strategic management of Statutory Land Use Planning, Economic Development, Capital Projects and Council Enterprises across the East Gippsland Shire. He has worked in Local Government for over 20 years in areas such as arts facilities administration, cultural development, leisure facilities and events management. Paul was part of the team that initiated the highly successful Wangaratta Festival of Jazz. He is a former member of the Australia Council’s Community Cultural Development Board.
Contact Paul 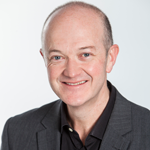 For 25 years Greg Box has provided leadership and cultural expertise to multiple peri-urban and regional Councils.  Greg is currently the General Manager Partnerships, Economy and Culture at Bass Coast Shire Council. For over a decade he developed cultural facilities and programming at Yarra Ranges Council in Melbourne’s east.  He has worked as an arts practitioner and administrator with many different communities from a diverse range of social and cultural backgrounds. In particular he has a strong background in creating public art in local government and the university sector.  Greg has led international award winning engagement programs and has presented extensively both in Australia and overseas. He is passionate about the essential role of Culture in all of our lives.
Contact Greg 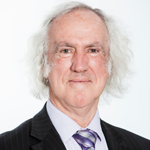 Rod Fyffe has served as a Councillor for Greater Bendigo since 1996. In this time he has served four terms as Mayor (2003/2004, 2004/2005, 2010/2011 and 2015/2016) and is the first person to serve as Deputy Mayor. In 2013 Cr Fyffe was awarded an Order of Australia in the Queen’s Birthday Honours List for his services to Local Government. He currently Chairs the City of Greater Bendigo Arts and Creative Industry Advisory Committee, the Easter Festival Advisory Committee and Chairs the North Central Library Group, among other committees. 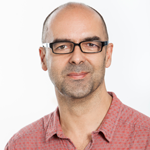 Hanut has more than ten years of experience working as a freelance curator and architectural conservator and has also worked for the NSW National Parks and Wildlife Service as Area Manager at the Hill End Historic Site, as Director of the National Wool Museum, for councils in Victoria including Cities of Melbourne, Port Phillip and Hume and as a Project Manager with the Alpine Resorts Coordinating Council. Hanut currently works for the Department of Environment, Land, Water and Planning in Victoria writing policy and strategy for emergency training.
Contact Hanut 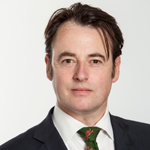 Nick Hill graduated from the University of Surrey in Arts/Commerce with Honours and Membership of the Chartered Institute of Marketing working in commercial roles in London, after a graduate rotation in the Royal Navy.

Transitioning into tertiary education to develop foundational arts and cultural management programmes, he became involved with international scholarships through the Erasmus programme in Europe and exchange as Visiting Professor at UCV, Caracas. He undertook a Masters in Arts Policy at City University, followed by a PhD in Cultural Patronage, carrying out fieldwork in India, funded by an ESRC scholarship and the Gresham College.

He came to the University of Melbourne in 2004 as an academic in the School of Creative Arts, involved with the Masters programme in Arts Management. Moving into administrative roles, Nick was central to the establishment of the Australia India Institute and was sponsored through the Harvard Kennedy School International Security programme. He later worked in residential colleges and was instrumental in recalibrating pastoral care and wellbeing, focusing on an intentional academic community.

As well as Deputy Chair of Cultural Development Network and Creating Australia, Nick is chair of the James Morrison Academy and Director of Upbeat Arts, a mental health charity focussing on choirs and creative arts practice to effect transformation.

Nick is a fellow of the Royal Asiatic Society and Member of the Royal Over-Seas League in London. He is an advocate for the soft power value of international exchange in education and collaborative research.

Karen is an experienced board director and business leader with a background in digital technology, consulting and finance. Previously a partner at KPMG Consulting, she is a qualified chartered accountant and has worked globally, including KPMG London. In her consulting career she has led strategic planning and transformational programs and has been responsible for business development and growth. She established a consulting company, Delta Management Consulting, specialising in the health and government sectors, prior to transitioning to a professional non-executive director.

Karen is non-executive director at Peninsula Health, ACMI (Australian Centre for the Moving Image), Global Health Ltd, Holmesglen Institute and Chair of the Australian Community Support Organisation (ACSO). She is a fellow of the Australian Institute of Company Directors and in 2020 was privileged to participate in the AICD Chairs Mentoring Program. Her experiences leverages strategy and growth with a strong balance between innovation, governance, finance and risk. 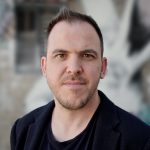 Nic Hodges works at the intersection of technology, media and culture. Holding a Masters of Design from Swinburne University, Nic has over two decades of experience in digital media, including senior roles at leading agencies including M&C Saatchi, Clemenger BBDO and MediaCom. He currently works as an independent consultant with brands and startups focusing on innovation in communications and business strategy.

Nic is a frequent commentator on the future impact of technology on communities, people and business. He has been featured on ABC’s 7.30, written for Wired and Forbes magazines, keynoted conferences in Australia, Asia, Europe and the US, and has written code that is now in the National Archive of Australia.