Objective: Agency and voice to be enabled

Outcome: Agency and voice is enabled

By agency and voice enabled we mean the freedom to express one’s opinions publicly and they are welcomed, respected and valued.

Agency can be described as having the freedom to act deliberately, independently and with choice (Lister, 2004). Having agency and voice is important for civic engagement as believing that your voice and actions can effect community change is a factor in people’s participation in civic action (Watts & Guessous, 2006). Young people are more likely to be politically involved and engaged in the community if they believe that they can influence change (Hope & Jagers, 2014; Leath & Chavous, 2017). This can also have an effect on the individual wellbeing with civic engagement linked to greater self-esteem and social skills (Sherrod, Torney‐Purta, & Flanagan, 2010;) as well as encouraging feelings of belonging (Flanagan & Levine, 2010). Programs designed to promote agency in young girls in sub-Saharan Africa have shown that providing safe spaces for girls to express their opinions, take risks and promote their own interests have resulted in increased well-being (Dettori & Rao Gupta, 2018)

Young adults who had intensive arts experiences in high school are more likely to show civic-minded behavior than young adults who did not. They take an interest in current affairs, as evidenced by comparatively high levels of volunteering, voting, and engagement with local or school politics. In many cases, this difference appears in both low and high-SES groups (Catterill, 2012).

Respondents who reported both creative and attendance based arts activity were six times as likely to do volunteer or charity work in their community, although this analysis does not explain causality (National Endowment for the Arts, 2008).

Activities contributing to this outcome

As of April 2021, there were 13 activities in Takso selecting this outcome with 3 completed and evaluated. Types of activities undertaken to achieve this outcome include:

Over the 3 completed activities that addressed this outcome, 58 people responded to the evaluation question. On a scale of 1 to 10, with 1 being not at all and 10 the most imaginable, respondents reported an average pre activity level of 5.8 for this outcome and a post activity average of 7.4. 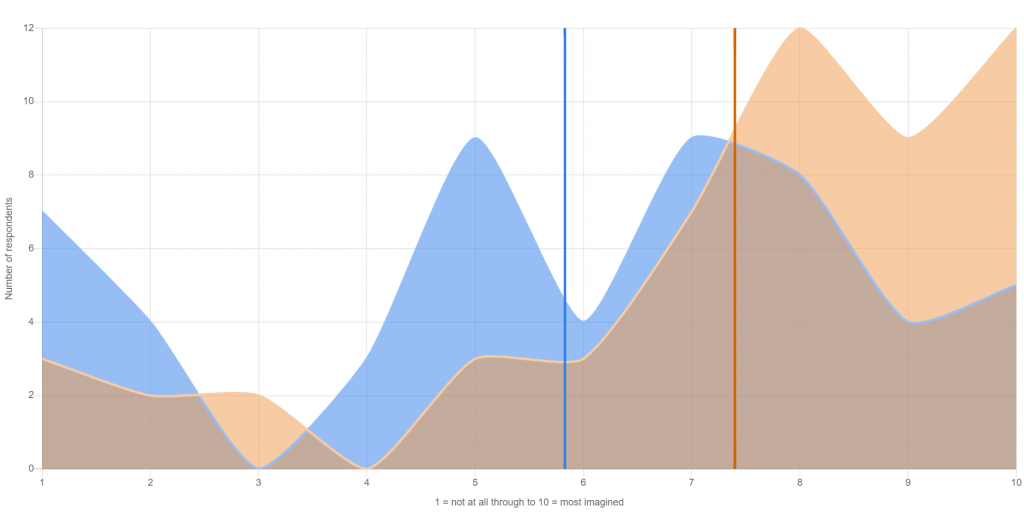