Objective: Access to beneficial networks and other resources to be increased

Outcome: Access to beneficial networks and other resources is increased

Measure: Access to beneficial networks and other resources increased

By access to beneficial networks and other resources, we mean the linkages between individuals and groups within the local community that have the potential for benefit, such as links between community members and council services or artists and the cultural sector.

This outcome is closely aligned to the concept of linking capital and is about how cultural activities can lead to access and connections between individuals and groups to networks and resources that can support people to expand their personal resources and support community problem solving. This can be connections between organisations or individuals that can aid coordination and cooperation between individuals or groups. Having access to such networks and resources is important as it can help communities and individuals to overcome shortages in resources and promote social integration.

Linking capital concerns the links that connect people or groups to those in positions of financial or political power. This can include connections between individuals, their networks and associations, and state institutions of governance or other agencies. These links and networks are important as they can enable access to the leveraging of resources (Agger, 2015). Strengthening linking capital can result in greater relations between members of the community to municipal administrations which have the potential for greater collaboration between the community and governing authority (Agger, 2015).

Robust community networks are important for growth and prosperity (Coleman 1990). An individual’s access and connections to others can facilitate the creation of “networks of trust that result in an expansion of personal resources (Bourdieu 1966).

Civic networks are “the web of collaborative ties and overlapping memberships between participatory organizations, formally independent of the state, acting on behalf of collective and public interests.” (Baldassarri and Diani 2007, P.736). Together these networks, organisations and institutions form a civic structure that supports community problem solving” (Lyson, 2001; Morton, 2001). Research has shown the lack of resources or influence experienced by civic organisations, especially those representing deprived communities, can be overcome by building alliances and networks (Knoke, 1990).

People who volunteer for a community activity are more likely to go on to be involved in other voluntary activities for the community (Kemp, 2002). This type of citizen engagement in community activities offers the potential for the development of community networks, essential to productive cities (Field, 2003).

One scheme to provide access to computer and internet resources to deprived communities surrounding the Manchester Commonwealth Games proved effective in linking residents to resources such as the volunteer program as well as providing a means for communication and mutual learning. The program enabled networking of community members especially those involved in the volunteer program with many participants going on to complete further skills training and securing employment (Jones and Stokes, 2003).

Activities contributing to this outcome

As of April 2021, there were 13 activities in Takso selecting this outcome with 1 completed and evaluated. Types of activities undertaken to achieve this outcome include:

Over the completed activity that addressed this outcome, 6 people responded to the evaluation question. On a scale of 1 to 10, with 1 being not at all and 10 the most imaginable, respondents reported an average pre activity level of 5.85 for this outcome and a post activity average of 8.8.

Physical and / or mental wellbeing improved 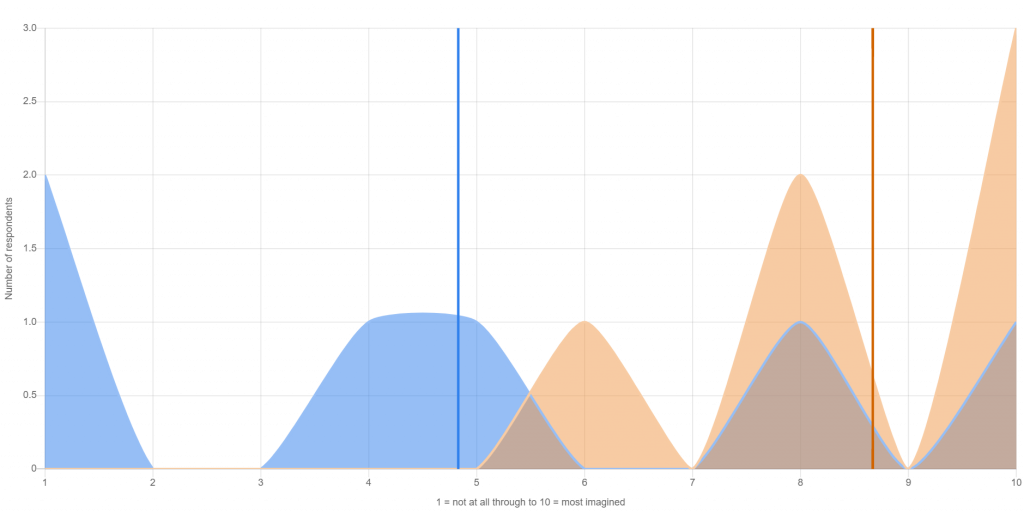 (This section is currently in development. Updates will be posted here as they are completed.)