On how the inclusion of culture with social, environment and economic policies strengthens local governance

In November 2010, UCLG, the international peak body of local governments declared that culture was the ‘fourth pillar’ of sustainable development, identifying that its contribution as a domain of policy with social, economic and environmental domains strengthens local communities.

This international conference discussed the potential for the declaration to change the way culture is valued and supported by local government, not only in Australia but for local governments in the Asia Pacific region.

The conference included diverse perspectives on cultural policy from across the Asia-Pacific. Issues discussed included:
– Can positive change be expected as a result of this policy statement?
– How can it assist councils to achieve best outcomes for their communities?
– What are the different ways ‘culture’ is interpreted and how does this influence local government policies in relation to the arts? 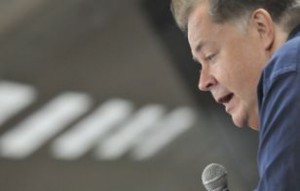 Eduard Miralles is the cultural relations advisor at the Barcelona Provincial Council, where he also managed the Cultural Studies and Resources Center (1996-2004) and the biennial “Interacció” on cultural policies (1996-2002).  He is also the chair of the Interarts Foundation, an organisation focused on international cultural cooperation, and a consultant on culture, cooperation and development for several international organisations such as FEMP (Spanish Federation of Municipalities), AECID (Spanish Cooperation for Development Agency) and the OEI (Iberoamerican States’ Organization for Education, Science and Culture). During 2002-2004 he was on the committee for the Agenda 21 for Culture and after 2004 represented the Barcelona Provincial Council at the Culture Commission of the United Cities and Local Government (UCLG). Eduard Miralles is also a board member of Roberto Cimetta Fund, an international non-profit organisation supporting artistic mobility in the Mediterranean region.

This event was co-ordinated with UCLG ASPAC (Unites Cities and Local Governments Asia Pacific sector) Council; delegates from UCLG ASPAC attended as part of their Annual Council Meeting and Executive Bureau Meeting.  It was timed to connect with IFACCA’s World Summit on Arts and Culture in Melbourne 3 – 6 October. www.artsummit.org

Hosted by the Cultural Development Network in partnership with
United Cities and Local Governments Asia-Pacific region,
Municipal Association of Victoria, City of Melbourne and Arts Victoria